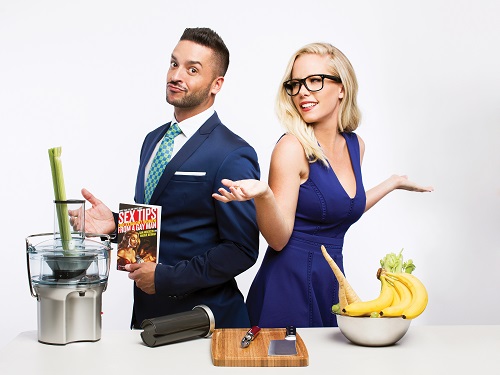 “Sex Tips for Straight Women from a Gay Man” prides itself as being the only show in Las Vegas where “the gift keeps on giving.” Following its record-breaking run in New York City and subsequent sold-out American tour, the smash-hit comedy comes to Paris Las Vegas for a limited 12-week engagement.

The show features Kendra Wilkinson as a demure host of an authors’ forum, brought out of her shell by an author, played by Jai Rodriguez. “People spend so much time covering up or hiding their sexuality,” explains Wilkinson. “My character progresses from being a shy, passive professor to a sexually empowered woman.”