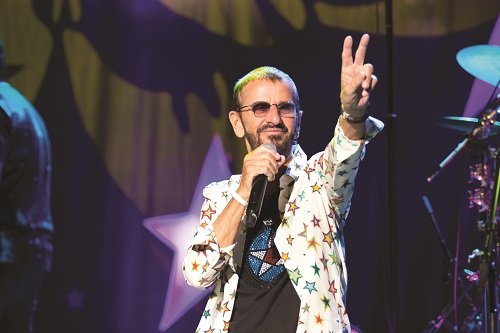 Ringo Starr is once again hitting the road with his longest-running All Starr Band. The national tour this fall kicks off in Las Vegas with eight shows at Planet Hollywood Resort & Casino. “The dream is still unfolding,” the former Beatles drummer says. “I love to play, and I love to play with this band. I can’t say that enough. And we’re on the road again.”

Read our Q&A with Ringo Starr at http://blog.caesars.com/las-vegas/vegas-player-magazine/