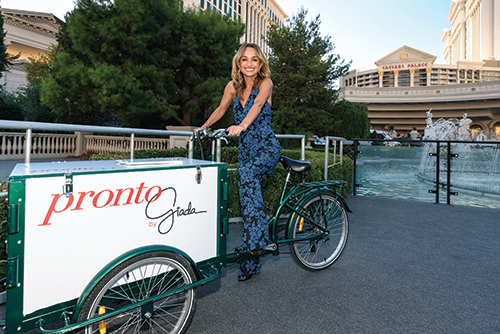 Giada De Laurentiis admits that her decision to open her very first restaurant in Las Vegas was all about location. “I was getting to build a restaurant from scratch on one of the most famous intersections in the world. I would have been a dummy to pass it up,” she says of opening GIADA at The Cromwell in 2014.

So when the opportunity arose again, the superstar chef decided to cross that very intersection to bring her creative Italian dishes to Caesars Palace. Located opposite Bacchanal Buffet, Pronto by Giada is “a more casual, grab-and-go” spot that will give diners a taste of her signature fare. “This will be a great introduction to my food,” she explains. “It’s the lighter side of Italian with a fresh, California influence.”