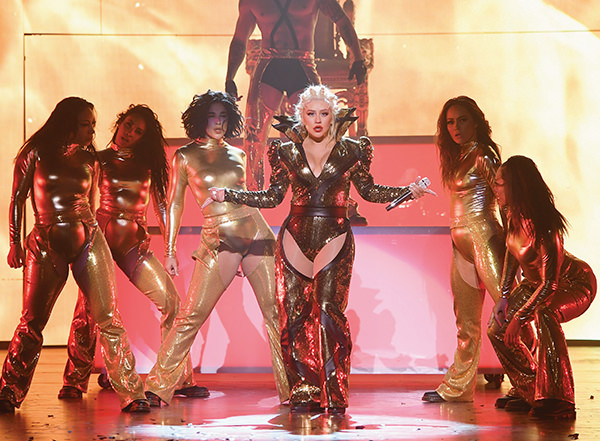 Amid tremendous fanfare, Aguilera kicked off “The Xperience” with a multi-act show that perfectly navigates her celebrated career. Fans are made aware they’re in for a show unlike any other before it even begins, as guests are informed that “The Xperience” features lasers, lights and even different “scents” being pumped into the Zappos Theater.

A vivid theatrical show, “The Xperience” shows off Aguilera concert’s diverse catalogue, including smash hits “Beautiful,” “Fighter” and “Ain’t No Other Man.” But, Aguilera also reaches back to her musical vault to perform “Reflection,” the song from Disney’s 1998 film Mulan that gave Aguilera her first big break. Likewise, she also covers Whitney Houston’s “I Love The Lord,” the song she sang to secure her initial record deal as a teenager. Aguilera even goes bilingual to perform her Spanish song, “Desnudate.”