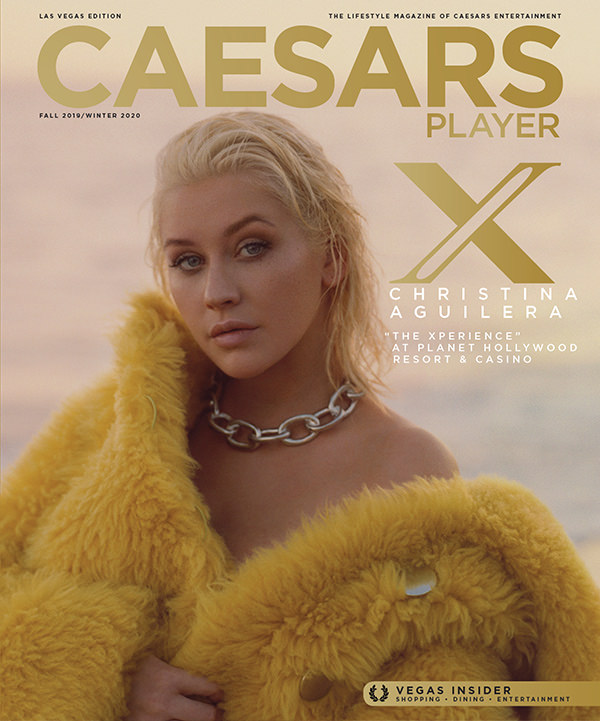 She’s one of the most famous singers in the world, but even Christina Aguilera still sometimes feels jitters before taking the stage. Then again, there are also times when she’s outright nervous.

“One of the performances I was most nervous for was ‘It’s A Man’s World’ at the Grammys,” she recalls, referring to her 2007 performance, which is still considered one of the best moments in Grammys history.

“I think when you truly respect the material you are performing and the legends that made it great, there is an extra layer of pressure. I don’t take that lightly and aim to do it justice,” she says. As far as “general pre-show jitters,” Aguilera loves them “in an inexplainable way.”

“Those jitters become adrenaline,” she says, “and that’s what propels me on the stage.” While her musical achievements are immense, one of Aguilera’s biggest career moments came in June 2019, when she kicked off her Las Vegas residency “The Xperience” at Planet Hollywood Resort & Casino.

“That was a special moment for me,” she says of her opening night performance. “But the show just keeps getting better and evolving. I always feel at home onstage in general, but this stage at Planet Hollywood has become a real home for me and my crew. It’s hard to explain the energy I experience prior to each show, the rush of adrenaline—but that opening night was a feeling I will never forget, especially owning a new home and making the space my own.”