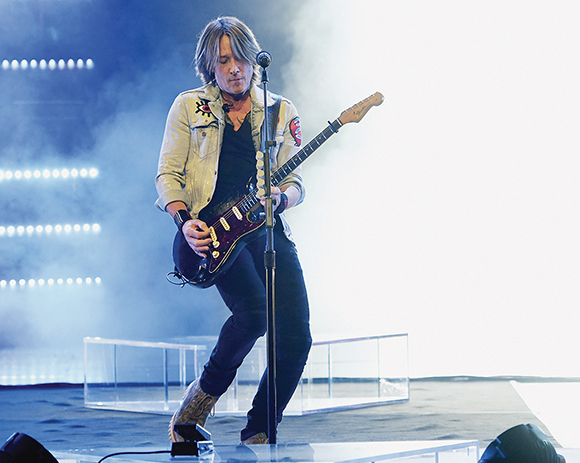 Many of music’s biggest names have graced the stage of The Colosseum at Caesars Palace, and it’s now home to a real Urban legend in 2020.

In January, Keith Urban, long one of country music’s most elite performers, kicked off a 16-show residency, bringing his non-stop energy to the famed showroom. Although the residency was new, The Colosseum is familiar grounds to Urban, as the four-time GRAMMY® Award winner was the first artist to play the theater following its massive 2019 renovation.

The theater—including its 110-foot-by-43-foot LED wall—can barely contain Urban’s show, which is an energetic non-stop barrage of hits, including “Long Hot Summer,” “Wasted Time” and “You’ll Think Of Me.” The show is more akin to a rock ‘n’ roll experience than a country concert with Urban feverishly working his way through songs from his nearly 30-year career for almost two hours. Simply put, it’s Urban at his best, as he showcases his guitar skills, which many regard as the best in the country genre.