Players in the hit CBS reality show Love Island wooed and wowed at The Cromwell. 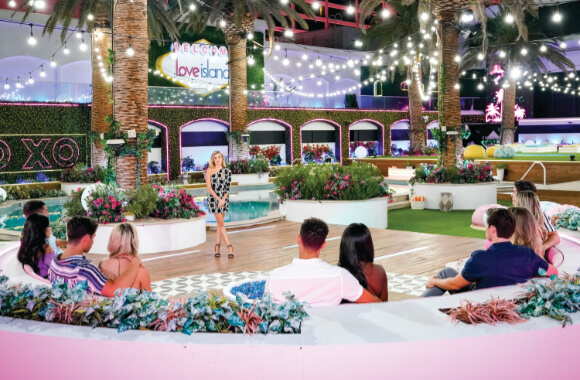 The CBS hit Love Island added some amorous new elements this year: The Cromwell, with its gorgeous rooftop view from Drai’s Nightclub; and Rio All-Suite Hotel & Casino, setting a seductive mood in the Palazzo Villas.

The Vegas setting was a departure for the romantic reality series, which had spent its first season on an actual island in Fiji. But the premise remained: Couples pairing up every few days, risking getting dumped from the island if they fail to find a match. The main action took place at Drai’s, with the Palazzo Villas cast as Casa Amor. Familiar to fans of the original British series, Casa Amor brought in 10 singles offering romantic temptations to cast members who already had been paired off.