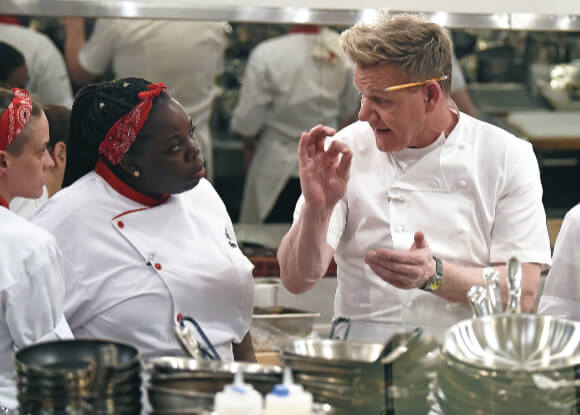 As celebrity chef Gordon Ramsay continues to build his empire of popular restaurants, it was high time he brought the contestants of his FOX show Hell’s Kitchen to heat up Las Vegas, which is home to four of his famed eateries. Las Vegas is quickly becoming a worldwide culinary hotspot, as more and more top chefs bring their skills to The Strip.

Chef Ramsay says, “I love Las Vegas! It feels like a second home in America to me. It’s one of the few places in the U.S. that has some of America’s best chefs in a short span, so it’s fantastic that I get to show our chefs and viewers all that Vegas has to offer.”

At stake is a life-changing grand prize, including a Head Chef position at Gordon Ramsay HELL’S KITCHEN Lake Tahoe at Harveys Hotel & Casino, and the title of Hell’s Kitchen winner.