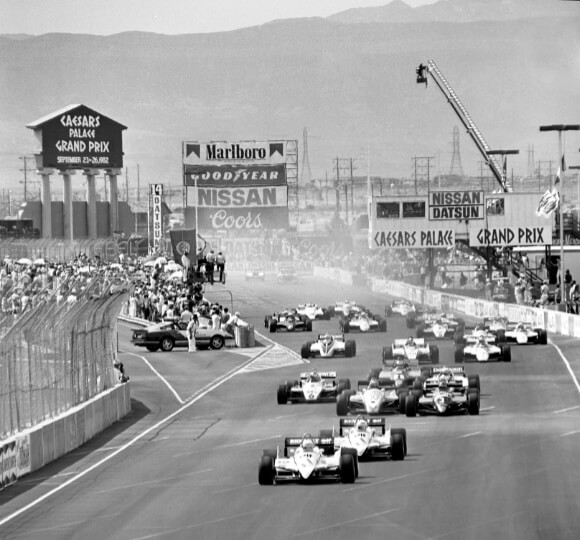 For two thrilling years, 1981 and 1982, Las Vegas hosted the World Championship event of the Formula 1 racing season. The 75-lap race was held, believe it or not, in a parking lot behind Caesars Palace—a hot, dusty track that ranked among Formula 1’s toughest.

Drivers included the legendary Mario Andretti, competing for Alfa Romeo in 1981 and Ferrari in 1982. It was his last time competing in Formula 1.