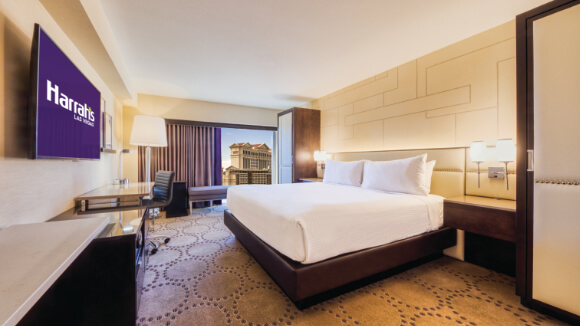 For the newest refresh at Nobu Hotel, expected to be complete by the end of 2021, designers from Rockwell Group took inspiration from kintsugi, the Japanese art of creating cohesion from collage. They envisioned guestroom furnishings, corridors and the lobby carpet to reflect the desires of the modern traveler.

Harrah’s Las Vegas, the hidden gem on The Strip, shines brighter than ever thanks to a $200 million renovation. The hotel now features 2,542 redesigned guestrooms, a complete casino floor remodel and a variety of hotel, dining and entertainment offerings including The Spa at Harrah’s Las Vegas, PizzaCake by Buddy Valastro and Donny Osmond’s first-ever solo residency.