If anyone can be called a Las Vegas legend, it’s Sammy Davis, Jr. —shown here performing November 2, 1981, at Caesars Palace. From 1953, when he and the Will Mastin Trio became the first Black artists to headline on The Strip, through his days running with the Rat Pack, Sammy was the quintessential Las Vegas entertainer.

The groundbreaking star’s connection to the city included stage performances, like his shows at Caesars Palace, and starring roles in movies with his Rat Pack crew—Frank Sinatra, Dean Martin, Peter Lawford and Joey Bishop—most notably the original 1960 version of Ocean’s 11, which filmed scenes at Flamingo Las Vegas. He was so identified with the city that when he died in 1990, the lights on The Strip temporarily went dark. Elvis Presley and Frank Sinatra were among the few others given that honor. 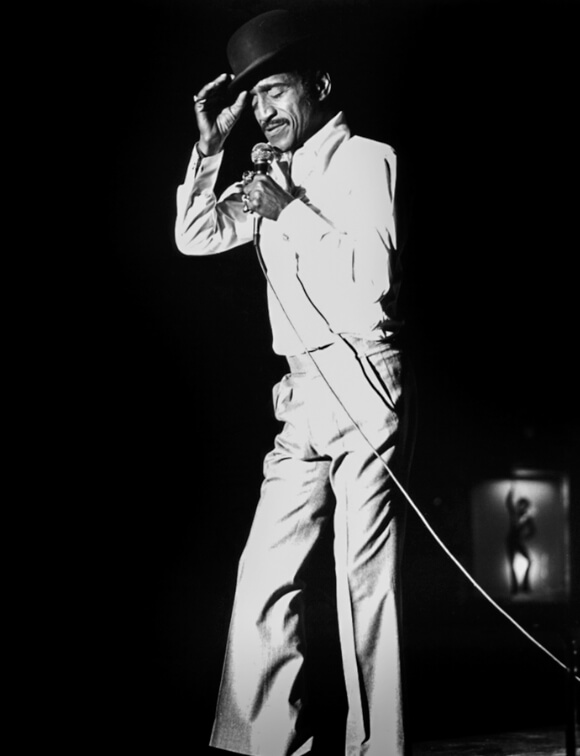