Country Star Shania Twain Is Proving She’s Still the One The Twain Town Saloon is swinging open its doors. Shania Twain is returning to Planet Hollywood Resort & Casino with her high-energy “Let’s Go!” residency, which includes eight costume changes and a set sung in a country saloon. 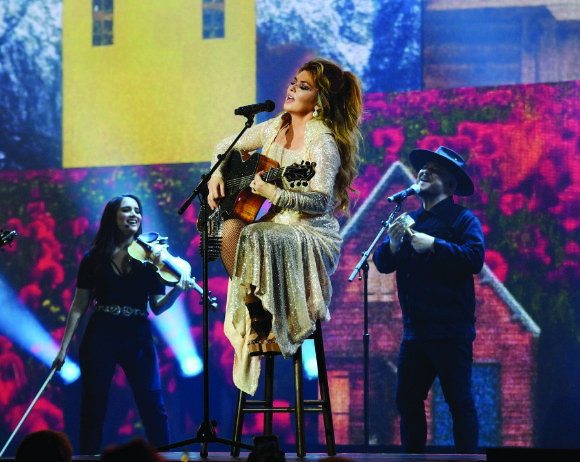 The concert is a celebration of Twain’s country-pop singalongs, including “Man! I Feel Like a Woman,” “That Don’t Impress Me Much” and “You’re Still the One.” Twain’s shows in December mark her first concerts in Las Vegas since the pandemic began.

In October 2020, Twain celebrated the 25th anniversary of her breakthrough album with the release of The Woman in Me: Diamond Edition. The three-CD box set includes 16 previously unreleased tracks, several remixes and five live recordings from her Planet Hollywood residency.

Twain, a Canadian girl who went from singing on bar tops to becoming one of the biggest-selling artists of all time, told Caesars Player, shortly after the launch of her “Let’s Go!” residency, that she doesn’t consider herself just a country superstar.