The House That Martha Built

Martha Stewart has long been the name that’s synonymous with entertaining beautifully. Now that name is going to be on the Las Vegas Strip when the goddess of good taste introduces her first-ever full-fledged restaurant at Paris Las Vegas. 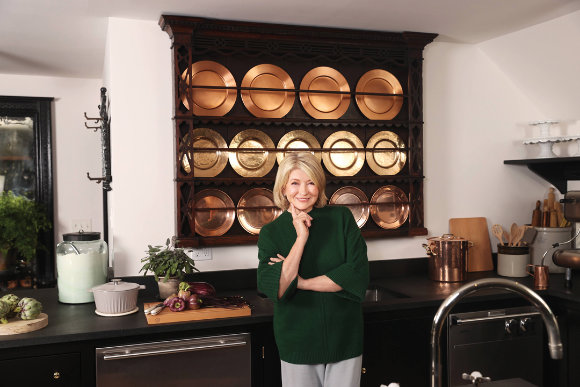 Opening in spring 2022, The Bedford by Martha Stewart promises to be an immersive dining experience that offers a glimpse into how the lifestyle icon truly lives. And at Paris Las Vegas, she’s in good company with fellow celebrity chefs Gordon Ramsay, Bobby Flay and Nobu Matsuhisa, who also call the resort home.

But it’s Stewart’s home we’re most interested in. The eatery is an homage to The Bedford, her serene country farmhouse on her 156-acre farm in upstate New York, where she “brings the outdoors in.”

The 194-seat restaurant was designed by Stewart herself and is beautifully appointed with thoughtful décor and a neutral color palette to bring the true functional and practical aesthetic and vibe of her humble abode.

Menu details are still under wraps, but Stewart was farm-to-table before it became a trendy phrase. She’ll continue this tradition by sourcing many of her ingredients from local farms, like the ones that supply the Las Vegas Farmer’s Market, or smaller purveyors from around the country, like Vermont Creamery and Jasper Hill Farm. And of course, it wouldn’t be Martha Stewart without a taste of luxury, with goods from Urbani Truffles and Roe Caviar. We also know we can look forward to seasonal menus for dinner and weekend brunch, “the very same kinds of foods I serve my friends and family,” promises Stewart.

Paris Las Vegas may be a long way off from bucolic upstate New York, but if anyone can make guests feel like dining on the Strip is like stepping into her own home, it’s Martha Stewart.