Message in a Bottle

What happens when you pair one of the most iconic voices in popular music with a legendary stage? You get two hours of songs that have shaped our lives and the stories behind them, performed amid perfect acoustics by the artist who brings it all to life with passion and a dynamic bass guitar.

Sting’s “My Songs” residency at The Colosseum at Caesars Palace returns June 3. Throughout the multidate engagement, the 17-time GRAMMY® Award winner will blast through hit after hit from his illustrious career. 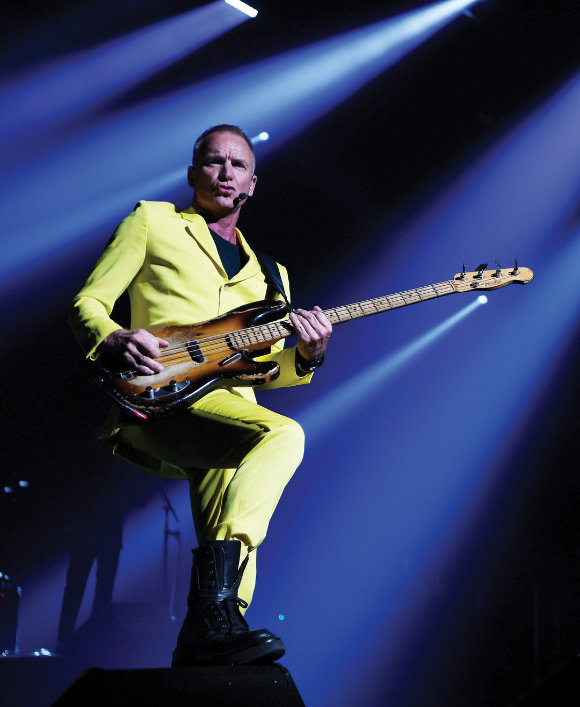 The set-list is a compendium of nearly two dozen chart toppers from his days with The Police and his solo career, including an acoustic version of “Roxanne” and songs like “Message in a Bottle,” “Every Little Thing She Does Is Magic” and “Every Breath You Take.”

He also gives concertgoers a taste of his new music from his 2021 album, The Bridge. On stage, Sting is backed by a seven-piece band including father-and-son duo Dominic and Rufus Miller on guitars. During “My Songs,” the former schoolteacher uses his 1957 Fender Precision bass, which he has been playing for 30 years.

Bold visual references to his videos and other landmark moments, as well as a striking wardrobe, guide the show’s narrative. His notes coast through multiple genres such as new-wave rock, jazz, reggae and world beats. Lucky audiences might even hear a Bob Marley cover, or two versions of “Roxanne.”

Every step you take this summer, Sting, we’ll be watching you.

Sting performs his “My Songs” residency at The Colosseum at Caesars Palace. Upcoming shows are scheduled for June 3-18. For tickets visit caesars.com/shows.