To Paris with Love

To Paris with Love

Chef Nobu Matsuhisa has had a love affair with Las Vegas ever since he opened his first Nobu Restaurant here in 1999, five years after the original Nobu debuted in New York. But he wasn’t done. In 2013, he took his brand to another level when he opened his first Nobu Hotel, coupled with one of his largest restaurants—this one with teppanyaki tables—at Caesars Palace. Guests staying at the boutique hotel can even order room service from an exclusive, Nobu-curated menu.

Chef Nobu’s latest venture is a brand-new restaurant at Paris Las Vegas. With 140 seats, it is a smaller, more open restaurant compared to Nobu Restaurant & Lounge at Caesars Palace. It was designed by STUDIO PCH, Inc., which used natural woods for a lighter feel. The new venue is still home to his fusion cuisine, a marriage of traditional Japanese dishes with Peruvian ingredients. Guests can feast on fresh fish and seafood imported from Asia and Japan in the form of nigiri, sashimi and sushi, including everything from abalone to sea eel, toro, mackerel and barracuda. Among Nobu’s most popular dishes: yellowtail sashimi with jalapeno and black cod with sweet miso. Nobu Paris also has vegan, vegetarian and gluten-free dishes. 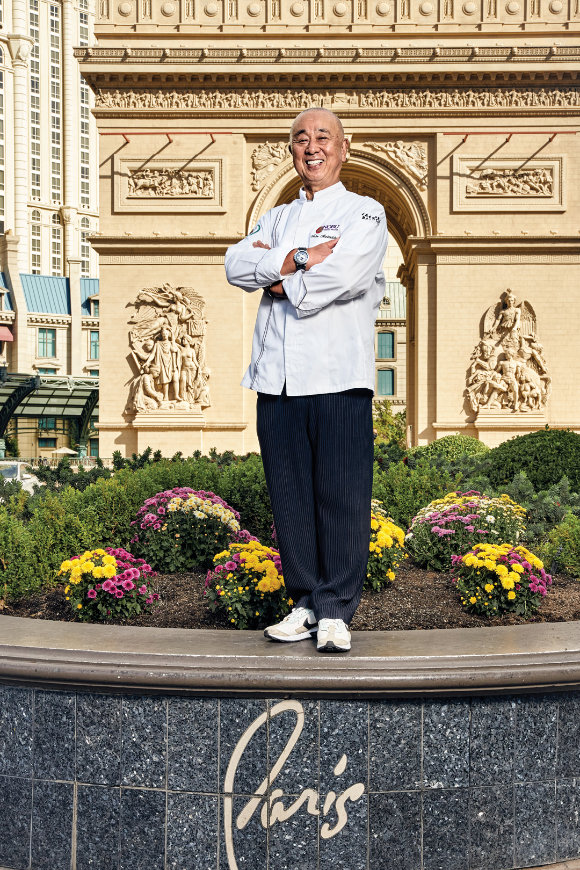