The Cronut® is coming to Vegas!

The croissant-donut hybrid that took the dessert world by storm will make its Las Vegas debut when its inventor, James Beard Award-winning pastry chef Dominique Ansel, opens his new bakery at Caesars Palace.

Dominique Ansel Las Vegas will showcase Ansel’s signature whimsical creations, including the Cronut®, which launched in May 2013 to worldwide acclaim. Ansel experimented with more than 10 recipes over two months to create the flaky, sweet treat, named one of TIME Magazine’s 25 Best Inventions of 2013.

For this and other innovative indulgences (including a whole new take on milk and cookies), Ansel has been called “a culinary van Gogh” (Food & Wine) and “the Willy Wonka of New York” (New York Post), and has earned the prestigious l’Ordre du Mérite Agricole, France’s second-highest honor, lesser only than the Legion of Honor when it was created in 1883.

Other Ansel masterpieces include: Dominique Ansel Las Vegas is expected to open in summer 2022 next to Gordon Ramsay Pub & Grill. 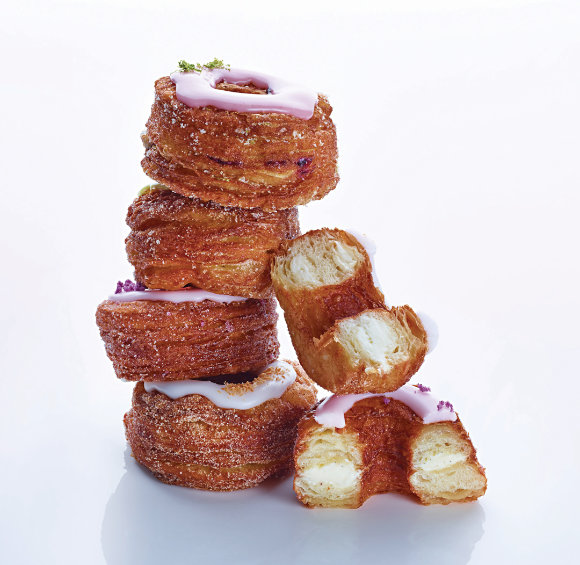 The restaurant first opened in 1887 and is considered New York City’s original steak house. The Caesars Palace venue will be its first U.S. location outside of New York.

“We’re thrilled to be bringing Peter Luger to Caesars Palace,” said Peter Luger President Amy Rubenstein. “It was critical for us to be able to bring to Las Vegas the same menu, the same ambiance and—most important— the same quality beef that we are known for in New York, and Caesars was aligned with that vision.”

The restaurant serves the finest cuts of USDA Prime beef, hand-selected from local markets and brought to on-site dry-aging facilities. Here, they are kept under carefully regulated temperature and humidity conditions until they meet the rigorous, time-tested Peter Luger standards.

The restaurant was named to the James Beard Foundation’s list of “America’s Classics” in 2002. It boasts a Michelin Star and has been the Zagat-rated top steak house in New York since the survey began.

Opening at the end of 2022 near MR CHOW, the Caesars Palace location will be Peter Luger’s fourth. It will join the original in Williamsburg, Brooklyn; a second in Great Neck, New York; and a third in Tokyo, Japan. 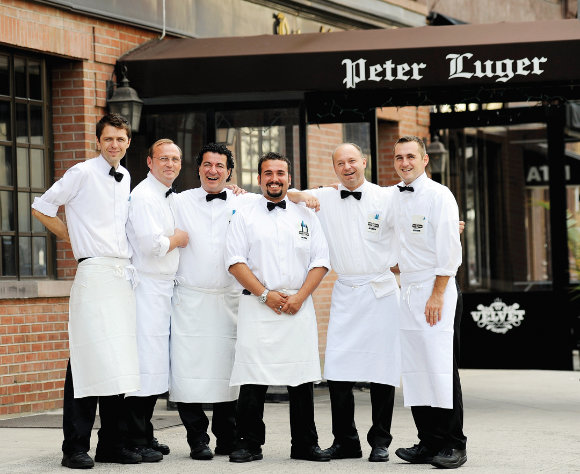 Buddy “Cake Boss” Valastro is sweetening the deal in Las Vegas with The Boss Café by Buddy Valastro at The LINQ Hotel + Experience. The star of the hit TLC series Cake Boss is adding the new eatery to his Italian famiglia of Buddy V’s Ristorante, Carlo’s Bakery and PizzaCake.

The casual, to-go dining concept is inspired by the neighborhood delis and markets in New York and New Jersey that Valastro and his family grew up with. He serves fresh-baked breads, Italian sandwiches, hand-crafted pizzas and a variety of sweets and pastries.

But at The Boss Café, it’s all about the Mozz (pronounced “Mutz”). At the Mozz Bar, guests can grab their favorite fresh mozzarella creation served with warm rustic bread and their choice of topping from basil pesto, roasted peppers, tomato-olive relish or tomato, fresh basil and aged balsamic. The Mozz was created by Valastro’s father-in-law and is made fresh daily in an open kitchen by the restaurant’s “Mutz Masters.”

The café’s counter service offerings include several stations. Guests can choose from House Salads, like Pop’s Panzanella or the Hoboken Chop; the Sandwich Counter, with classics like Rosemary Ham or Caprese served on fresh Jersey focaccia; and Bakery Pizza, square pizzas including margherita, pepperoni or the Boss Supreme.

And of course, The Boss Café boasts an impressive dessert selection and all-time Carlo’s Bakery favorites, such as his famous Lobster Tail Pastry, as well as tiramisu, cannoli and assorted cakes.

“I love being able to showcase the food I grew up while launching my first casual restaurant in the town that gave me the opportunity to show that I’m more than just a baker, but a chef,” Valastro said. 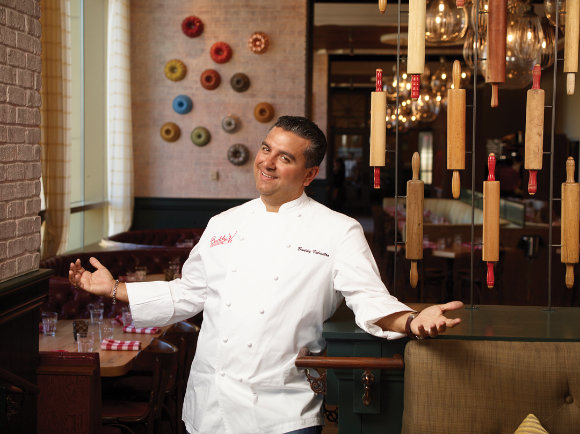