When word hit that ABSINTHE had celebrated its 6,000th performance, the first thought was, “Wow, that’s a lot of dirty jokes.” It’s also a ton of laughs, audience gasps, acrobatic flips and tantalizing burlesque numbers. For a raunchy novelty variety show that was trying to nudge its way into the entertainment space when it opened in 2011, it’s an extraordinary feat. 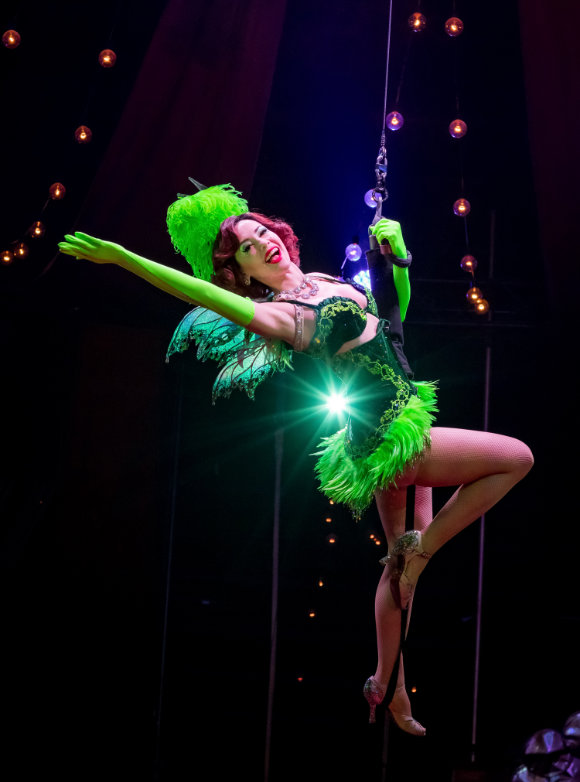 Said Spiegelworld’s Impresario Extraordinaire, Ross Mollison, “Nobody thought we would last more than weeks. I am in awe of The Gazillionaire’s stamina, and I am proud to say that each one of those 6,000 shows has been a new experience that never stops surprising.”

In celebration of the milestone, the gawdy Gazillionaire gave the winning couple of an impromptu lap-dance competition a check for $6,000.

Mere pennies for him.