Poker on the Strip

The World Series of Poker Has a New Home

“Shuffle Up and Deal!” 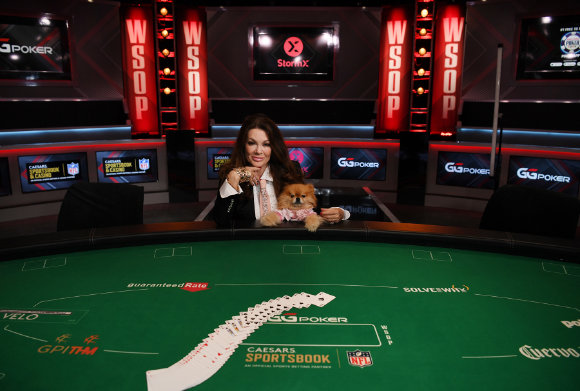 Restaurateur and reality-TV star Lisa Vanderpump gave the command as the 53rd annual World Series of Poker dealt its first hands at its new home of Paris Las Vegas and Bally’s on the Las Vegas Strip. Vanderpump even took part (with her dog Puffy) in the Team Member tournament.

More than a half century after the WSOP debuted at Binion’s Horseshoe, the WSOP returns to its roots culminating the Main Event of the world’s richest poker tournament at Bally’s Las Vegas, as the resort rebrands into Horseshoe Las Vegas. Actor Vince Vaughn will serve as Master of Ceremonies.

“After 52 years the WSOP is finally a headliner on the Las Vegas Strip. It’s only fitting our new home will soon be known as the Horseshoe, a legendary brand inextricably linked to the WSOP,” said Ty Stewart, the WSOP’s Executive Director. “We’re ready to usher in a new era for the WSOP. From unforgettable game-winning hands to the heartbreaking upsets, this will be a historic tournament on the iconic Las Vegas Strip.”