The Horseshoe Hits Its Mark

Internationally designed with the gambler in mind, the legendary Horseshoe brand is making its way to the heart of the Las Vegas Strip. As Bally’s continues its transition into Horseshoe Las Vegas, there are big changes on the way. 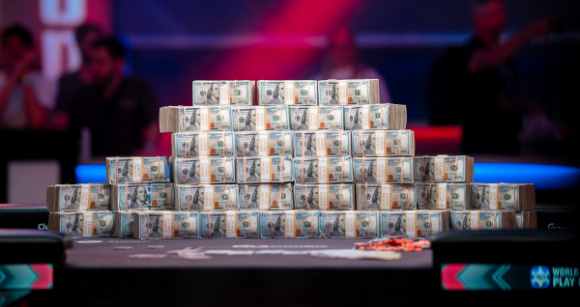 Let’s begin with the historic move of the World Series of Poker. More than a half-century ago, the first gathering of the world’s best poker players took place in downtown Las Vegas at Binion’s Horseshoe. At first a small seven player game, it has grown over the years to become the behemoth international event it is now, attracting tens of thousands of players to participate in multiple tournaments. This summer, for the first time in its history, the WSOP® was played at Bally’s and with a rebranding underway, its new home will become Horseshoe.

Another new addition was the opening of a throwback steak house honoring a casino legend. Jack Binion’s Steak, named after the former Horseshoe president, serves steaks cut from Black Angus corn-fed cattle. The steaks, which are known for superior marbling, are aged for 28 days and finished in an 1,800-degree double broiler to deliver a perfect sear.

On the entertainment side, you can learn anatomy at the REAL BODIES exhibition, see stunning photographs at National Geographic’s Rarely Seen, test your putting skills at Twilight Zone by Monster Mini Golf and even perhaps talk (and crawl) your way into a hidden speakeasy.

But before you go all Prohibition style, you’ll have to step through The Cabinet of Curiosities. This laidback lounge serves stiff bespoke cocktails in a rather oddball atmosphere. Here, hundreds of strange objects are displayed in cases and drawers—each with a remarkable story that’s just a QR code scan away. Towards the back of the room, you’ll find a phone. Pick it up and it’ll connect you to the locksmith who holds the key to accessing The Lock speakeasy. After cracking the code, you’ll likely have to crawl into the small room where you’ll find cocktails specifically crafted to your mood.

And lastly, comes The ARCADE, an all-ages, neon-lit space packed with more than 80 arcade games—from classics like Pac Man to the most current video games.