Campfire Cocktails to Warm the Soul. 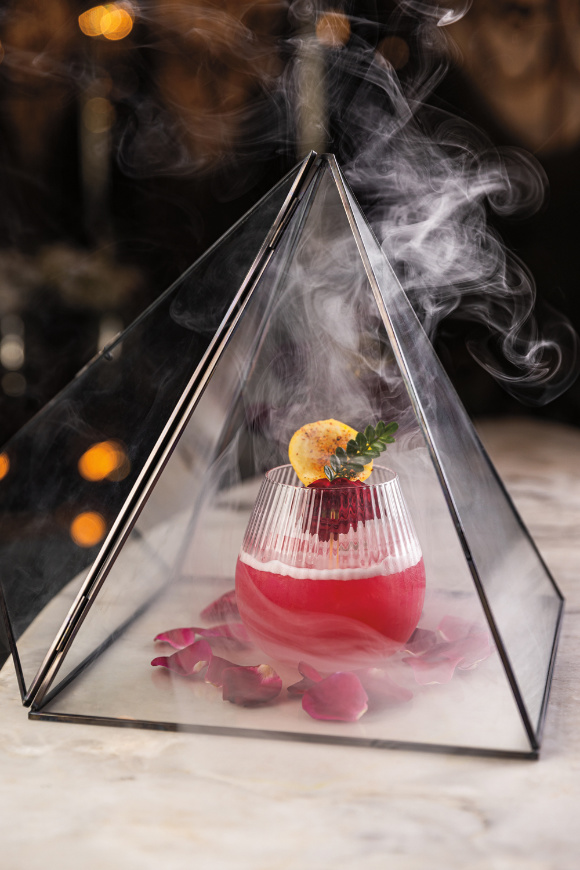 Smoked cocktails became all the rage a few years ago as mixology became trendy and creative cocktails started popping up on menus all across America. And while infusing cocktails with smoke may seem a bit gimmicky, when it’s done right it adds a subtle peaty flavor and brings a complexity to the drink, much the way citrus adds zest and balance.

Most smoked cocktails are commonly constructed of whiskey or are mezcal-based and both pair well with steaks or hearty dishes. Here are a few we’re fired up for:

Louvre at First Sight: VANDERPUMP À PARIS You’re sure to fall in love with this whimsical cocktail. Found at Paris Las Vegas and fittingly delivered in a glass pyramid, Lisa Vanderpump’s Louvre at First Sight is a colorful mezcal and prickly pear cocktail smoked with hickory that only gets revealed when the server pulls open the pyramid door.

Smoke on the Blvd.: GORDON RAMSAY HELL’S KITCHEN Where there’s smoke, there’s fire. This HELL’S KITCHEN cocktail at Caesars Palace is Gordon Ramsay’s unique take on a Manhattan. Made with Woodford Reserve Rye, Aperol, the Italian liqueur Averna Amaro and sweet vermouth, this mighty drink gets smoked with cherry wood and is served inside a glass cabinet for an eye-catching presentation.

Rolling Smoke: MONTECRISTO CIGAR BAR It shouldn’t be too surprising to find a smoked cocktail at a cigar bar. In fact, the aptly named Rolling Smoke at Caesars Palace is a perfect sipping companion for any cigar aficionado who’s lighting up. Maker’s Mark 46 Bourbon, Laphroaig Islay Scotch whisky, coffee bean-infused Carpano Antica Formula vermouth and vanilla give this cocktail its very distinct, but smooth, smoky flavor.

The Boss’s Old Fashioned: JACK BINION’S STEAK The Boss’s Old Fashioned is an enhanced take on the classic cocktail. This version, found at Jack Binion’s Steak inside Bally’s Las Vegas (soon to be rebranded as the Horseshoe), is simply crafted with Maker’s Mark bourbon, bitters, sugar and a splash of club soda, then heightened with cherrywood smoke