The moments are always big, curated by Adele herself. She shines in them and then slips back away from the cameras. Every appearance, photo and statement she makes becomes international news. Her Griffith Observatory concert to launch her latest album, 30, was huge, with the television special even winning the singer her first Emmy Award. Now, the spotlight shines the brightest as she embarks on her “Weekends With Adele” residency at Caesars Palace. END_OF_DOCUMENT_TOKEN_TO_BE_REPLACED

Welcome to Martha Stewart’s home: Vegas edition. The Bedford by Martha Stewart, a restaurant designed by the lifestyle icon, is set to open this year at Paris Las Vegas. Not only is The Bedford designed by Stewart, but it’s also essentially a clone of her actual country farmhouse in Bedford, New York. END_OF_DOCUMENT_TOKEN_TO_BE_REPLACED

By Rod Stafford Hagwood
One of the top-selling recording artists of all time, John Legend has conquered other entertainment arenas, racking up an impressive trophy case with his EGOT status (Emmy, Grammy, Oscar, and Tony awards). Now he has decided to conquer Planet Hollywood Resort & Casino. END_OF_DOCUMENT_TOKEN_TO_BE_REPLACED

Comedian JB Smoove is having the time of his life. The dapper comedian with the million-dollar smile gets to dress up in the fly wardrobe of a Roman emperor, brandish a gleaming goblet and command legions of players as the brand ambassador for the exclusive new Caesars Sportsbook betting ap. END_OF_DOCUMENT_TOKEN_TO_BE_REPLACED

In this nonstop city, Miranda Lambert is the fastest girl in town. The country superstar kicked off her Las Vegas residency show, “Miranda Lambert: Velvet Rodeo,” in late September with dazzling pyro, vivid lasers and a nonstop tour of her deep music catalogue. 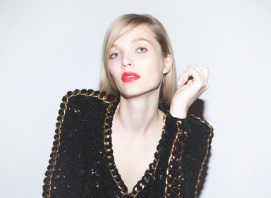 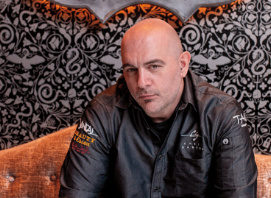